Environmental requirements for the protection of the Mediterranean Sea from offshore drilling for gas and oil, with the growing concern of an oil disaster following the sale of Noble Energy to the Chevron Corporation

Following the sale of Noble Energy to the Chevron Corporation, Zalul (“Clear” in Hebrew) requested that the Ministries of Environmental Protection and of Energy urgently expedite preparations for marine preservation and emergency treatment in case of leakage and spillage events at sea, and to reduce the current regulatory gaps. This, by adopting the EU Directive for offshore drilling, which is considered the highest set of regulatory standards. The European directive was written by the best international professionals from the industry and from marine preservation together, following the Gulf of Mexico oil spill disaster, and it obliges all European companies wherever they are. Therefore, Energean operates the Karish-Tanin rig by it, while Leviathan and Tamar gas fields and rigs are exempt from these demanding standards.

The adoption of such regulations will help reduce the danger of a drilling disaster, which if occurs will result in billions of shekels damage to the marine environment, the economy, and the public.

The sea must be protected as a national strategic security prerequisite:

The regulatory and emergency gaps that need to be addressed:

Approve the NAPP Law and equip the National Marine Environmental Protection Unit – The government approved in 2008 the National Plan for Preparedness and Response to Oil Pollution Incidents (NAPP. In Hebrew – Talma”t Law), which is an organizational framework that unites the actors working in response to an oil spill event.

Although more than 12 years have passed since the plan was approved and despite a harsh State Comptroller's report from 2013, to date most of the equipment has not been purchased, the National Marine Environmental Protection Unit lacks skilled inspectors, insufficient rigging and there are no emergency centers in the north and south. This raises the odds against the marine environment, the public and the economy. In addition, the plan is not enshrined in legislation that will allow for the emergency mobilization of tools and manpower and does not address the worse scenarios. The Ministry of Finance must dedicate a budget to close the gap in equipment and standards.

The Exclusive Economic Zone (EEZ) Marine Areas Law must be approved according to the standards of the Ministry of Environmental Protection – according to the opinion of the Deputy Attorney General, Israeli environmental laws must be applied to EEZ waters that ensure the protection of the marine and coastal environment. Israel is planning additional exploration drilling to search for gas and oil. Oil drilling is deeper, more dangerous, and complicated and its potential damage to the sea and beaches will be much more severe than the gas drilling. For this, primary legislation must be approved ASAP, and must ensure maximal protection.

According to the EU Directive for offshore drilling, full separation of powers must be established. This is the first conclusion following the Gulf of Mexico disaster: due to obvious problems of a conflict of interest, the factor that promotes industry at sea must be separated from the one who protects the sea from it. Despite this: the Ministry of Energy insists on maintaining exclusive authority to the Oil Commissioner in the Ministry of Energy in all areas of planning the wells and rigs in the economic water, the Ministry of Environmental Protection has the status of a consultant only with no authorities, and the Planning Director has no official status. The issue must be regulated, and the Ministry of Environmental Protection must be given powers in the economic waters.

Liability Bill for environmental damage must be promoted – insurance liability in the event of a spill disaster is limited and unknown, and the terms of the policies and cover values ​​are not disclosed. In addition, there is a lack of legislation that defines strict liability for gas and oil drilling at sea. Zalul prepared a bill proposal on this issue, that was submitted in the previous Knesset by MK Akram Hasson and must be approved.

A comprehensive risk assessment must be determined from the planning stage to the end of production – according to current practice, drilling is conducted through a "checklist" of regulatory requirements that does not include a comprehensive risk assessment and a requirement to minimize safety and environmental risks with existing applicable technology. This situation requires immediate change.

A permanent procedure for external verification should be established – the control should be managed by an independent third party company, specializing in the safety and environmental protection of drilling and gas and oil rigs at sea, which will be funded by the producing companies and managed by the Ministry of Environmental Protection.

Transparency, information availability and public participation must be ensured – The planning process in the economic water permits no public participation prior to the late objections stage, and information is provided only after public pressure is exercised under the Freedom of Information Act. These facts harm the public, endanger the sea and abandon it to the interests of industry. In addition, during the great public controversy over the location of a Leviathan rig in 2018, the Ministry of Energy has committed to publish every small and medium-sized leak of five barrels or more, of any material found in the rig. In addition. The ministry committed to publish the full Petroleum Book (a summary by the Geological Survey and the Geophysical Institute that is expected to contain information on ownership and rights in oil rights in Israel, and isn’t available to the general public). Although 2 years have gone by, these things have not yet been done.

The public council for monitoring the Leviathan Rig should be required to convene frequently – as promised during its construction. Zalul calls for the expansion of the ​​ Public Council’s monitoring and control to all gas rigs and oil infrastructure at sea.

Zalul is confident that completing these gaps will help reduce chances for a the drilling disaster that in the current situation is only a matter of time. 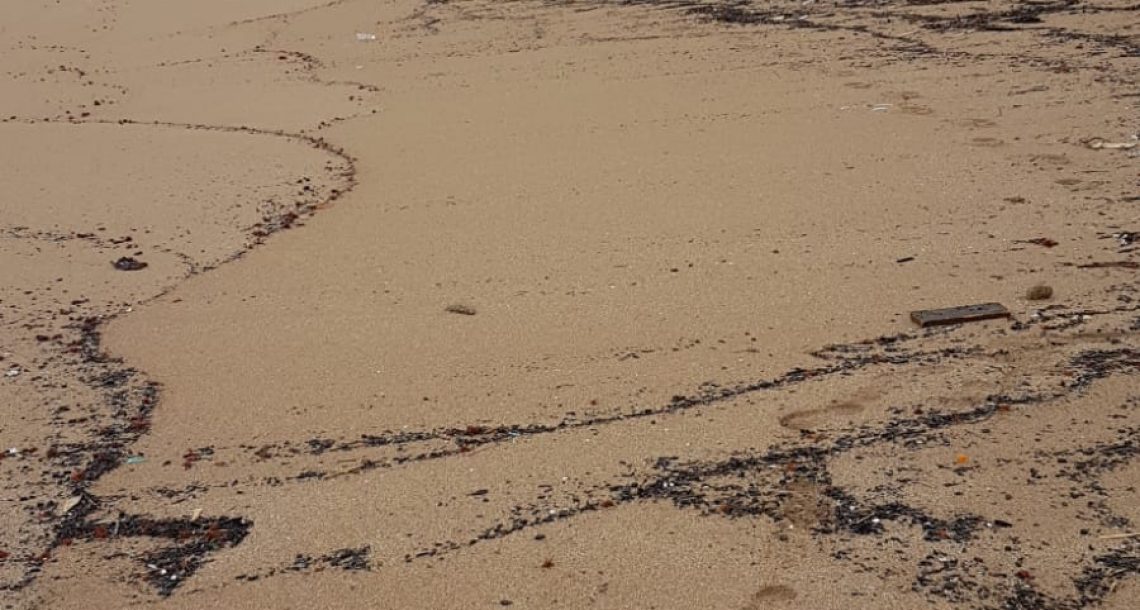 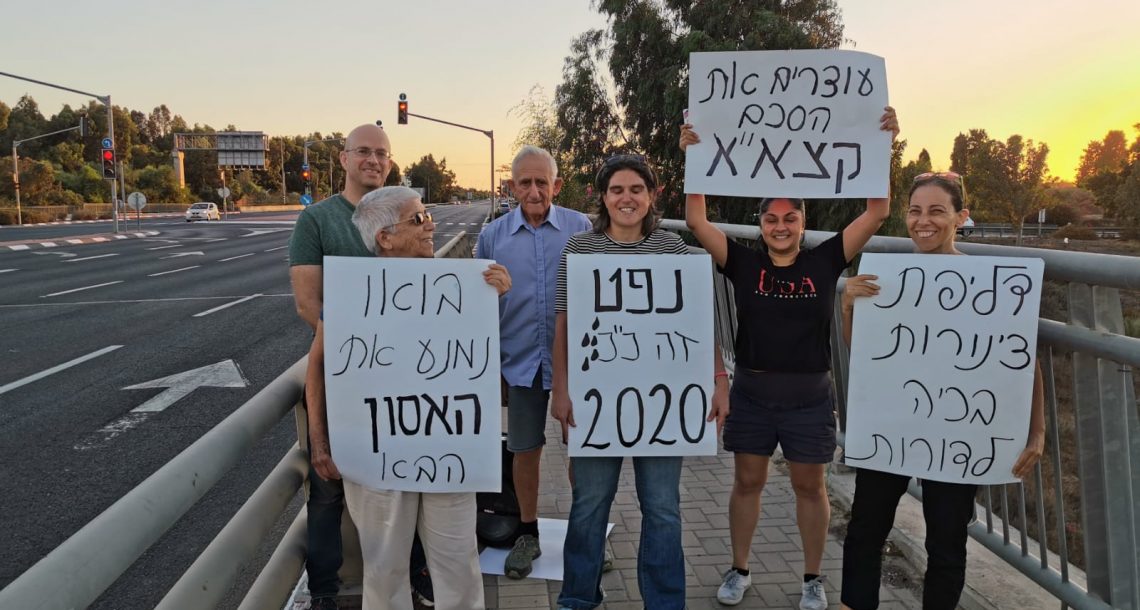 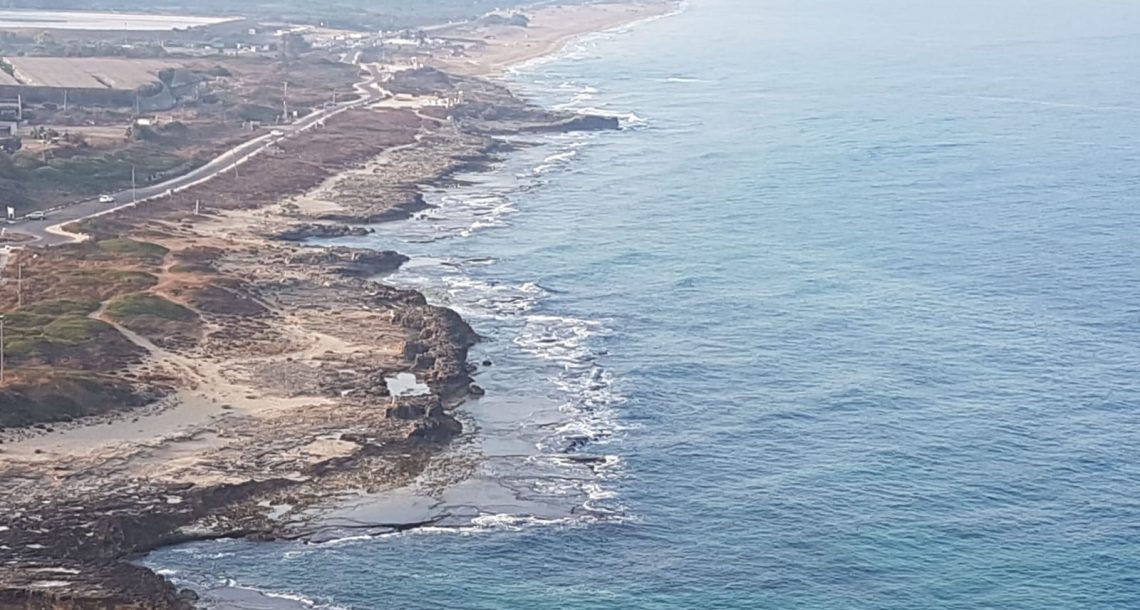